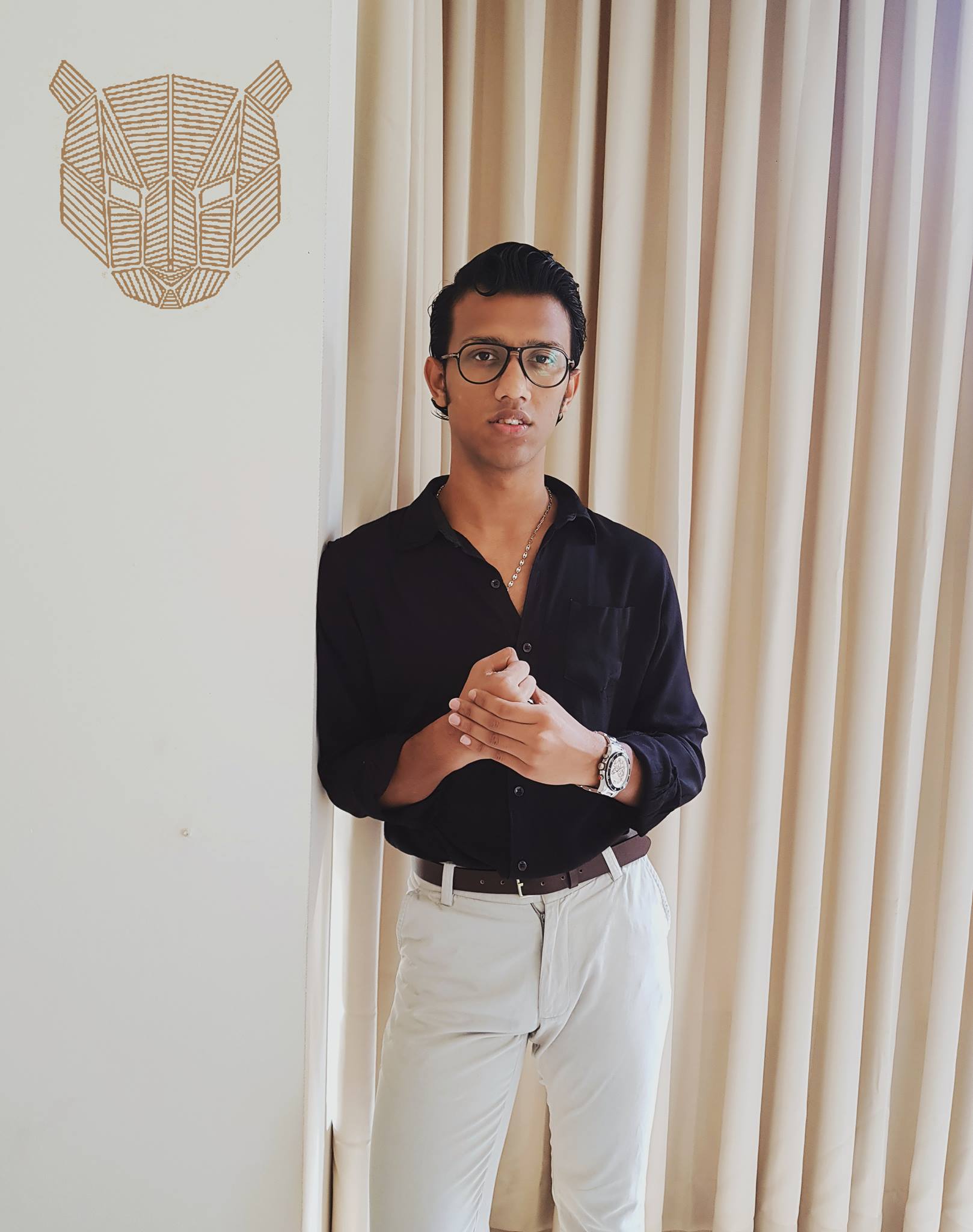 This interview is from the series, the Bangladeshi Perspective.

Abtahee A. Wasee is a first year LLB student under the University of London’s distant learning program at LCLS (South). Recently he completed his accreditation for becoming a licensed mediator. Abtahee has represented the Under 19 Bangladesh Football Team at the Gothia Cup in China. He works for XOMAD as one of the representatives for Bangladesh, and also runs a fashion blog on Instagram. Abtahee owns ‘Eastern Influence’, a clothing line and ‘Culture Collab’ which is an event company. This is his story, written by Wasima Noor Iqra.

Bangladesh’s fashion industry kicked off its journey back in 1973 and since then there has been no looking back. Whereas domestic labels and brands by local entrepreneurs are giving dynamism to the industry, the quality of products is still an issue.

Enter Abtahee Al Wasee, our fashion enthusiast young entrepreneur who made it his goal to create a clothing line that’ll ensure quality products to its customers.  Being a fan of fashion himself, Wasee wanted to make a place for local brands amongst the hundreds of rip offs that have occupied our market. After months long research with his best friend Prottoy, Wasee came to the conclusion that customers are buying severely compromised products. And thus begin the journey of  ‘Eastern Influence’ – an unique clothing line that promises to restore people’s faith in Bangladeshi brands. Wasee remarks in an interview with Upthrust:

“The ideal customer of Eastern Influence is one that cares about fashion. one that puts an effort, effortlessly. one that believes in quality over quantity, timeless instead of trends, and that fit is king.”

What’s one advice/philosophy that changed your life?
My English Teacher before permanently leaving for Canada had told me – “You have so much potential, never settle.” So I remind myself of this whenever I come across a tough life choice.

What’s one weird habit that you have that you think is great?

Okay, so I have this thing where when I see a challenge I automatically tell myself I’m the greatest in the wrong and that I’m the winner. Then I work my ass off to make sure I prove myself right. I basically use overconfidence as a tool to success.

What was the most early on important part NOT on your resume that got you here?
My absolute disregard of being mediocre. The taste of winning. Things as small as football matches, test scores, everything!

For Wasee, it all began in his teenage years when his friends would mock his appearance. Slowly the frustration led him to discover the world of fashion. He started paying attention to details. The passion heightened even more when he discovered customized suits which is one his favorite outfits ( we are looking at you, Barney Stinson) “I don’t find myself good looking, so I started making myself look good,” Wasee reminisced in the same interview.

The logo of ‘Eastern Influence’ was created using tiger and water lily with the country at its core. They launched their first stock  “Eastern influenced Western wear” in an event which was sold out in two days. They make drops that so far included basic t-shirts, sweatshirts and a black & baby pink collection. They don’t look forward to competing with other brands but aim to sell products in a luxurious manner.

“Our TG looks for quality material and preaches the theory ‘quality over quantity’. According to Cost per Wear, you will have a leather jacket for at least twenty years, and if you take care of it, you will have it for even longer. That’s what we are focusing on, getting Cost per Wear.”

Ergo ‘Eastern Influence’ is breaking the stereotypes that go around about local brands.

But that’s not it. Wasee also co-founded Culture Collab– his seasonal based event management which creates a space for musicians, artists, designers and everyone creative. On December 19 of 2018 they launched their event ‘Culture Collab Dhaka’ that gained a huge response from its spectators.

“You see the Dhaka culture isn’t necessarily lungis and panta ilish. The Dhaka culture is indie bands at jatra, its art hubs at Dhanmondi, its small food joints outclassing big brands. It’s us finding the right balance between not wearing something too crazy and not looking absolutely basic. The Dhaka culture is saving money wherever possible so that you and your friends can check out that fancy place the upcoming weekend and post it all over your feed.  The Dhaka culture is fuchka, jhalmuri, and depressive thoughts at coaching centers.”

With the dream of becoming prime minister, Wasee is currently persuing law from London College of Legal Studies (LCLS). He is serving as the Art Director at Z&Z collections by Simily along with running his two startups : Eastern Influence and Cultural Collab. Starting off as a tutor and a DJ, Wasee has been constantly setting examples for today’s youth with his unorthodox visions and proving himself as an icon over and over again. One day he dreams to gain international recognition for his brand. Till then he just wants the people to keep faith in Bangladeshi brands.

Author:
This article was written by the brilliant Wasima Noor Iqra.

More interviews of the Bangladeshi Perspective

My series on University Admissions