The problem of the educational organizations in Bangladesh 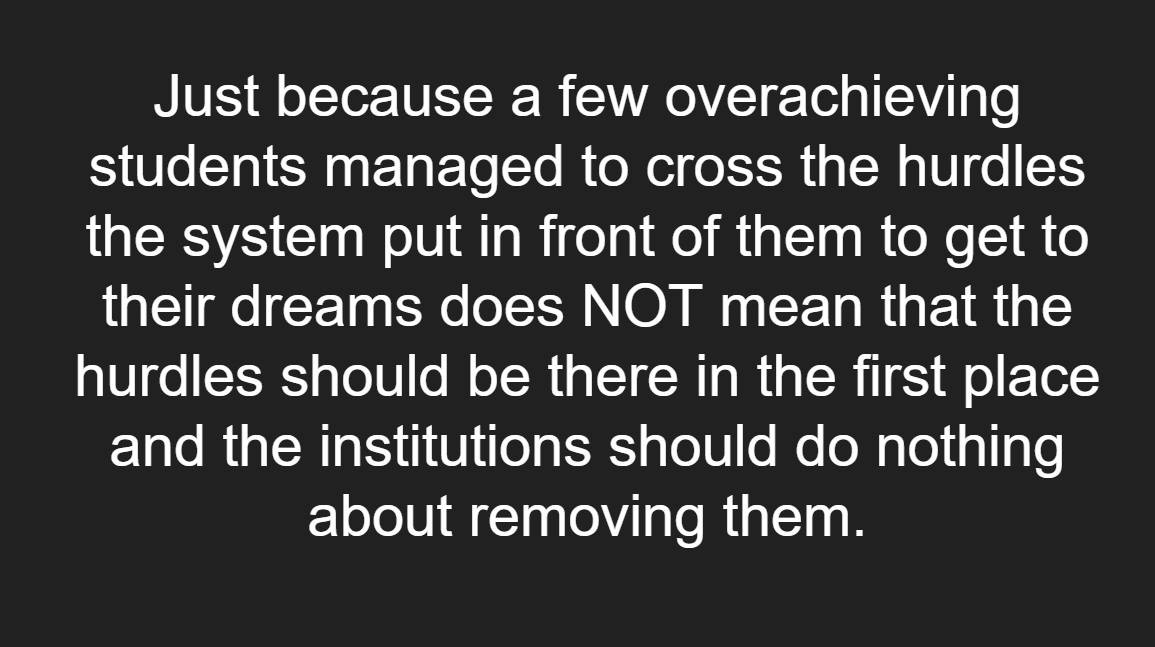 One massive problem that I have noticed in the mentality of the administrative board in many educational organizations (or just organizations in general) in Bangladesh and should be addressed immediately is a tendency to point to the success of a few overachieving students as an excuse in response to criticisms from the student of the organization’s support system.

Let me give an example to clarify this. When I was studying in Mirzapur Cadet College, my friends and I often complained to the authority about how there were fewer resources for us to pursue our academic interests for cadets (lack of opportunities to participate in Olympiads or other national competitions), which decreased our chances of succeeding in our academic goals after our HSCs and which should be changed in order to promote intellectual growth among cadets.

However, every time we brought this up, instead of taking any actions, the authority used to point to that ‘one ex-cadet’ before us who managed to get amazing scholarships abroad (Ishrak Bhai I am looking at you) or that ‘one ex-cadet’ who stood 1st in BUET entrance exam. And then they forced us to stop advocating for change and told us ‘if there is a will there will be a way’ as if that excused them from helping the student to find more ways.

I am absolutely sure this is a scenario many students will face/are facing/ have faced when going to the authority to ask for support/opportunities in schools, colleges, and universities. And here is why I think the authority’s logic in these are completely irrational and why there should be a paradigm shift in this mentality:

a. Just because a few overachieving students managed to cross the hurdles the system put in front of them to get to their dreams does NOT mean that the hurdles should be there in the first place and the institutions should do nothing about removing them.

b. Their success should NOT be an excuse to cover up the organization’s lacking in providing support for its students’ growth.

To prove my point, there have been countless scenarios where the authority did take steps and then the frequency of students achieving amazing accomplishments significantly increased.

For instance, in our final year at Mirzapur Cadet College, the authority did decide to support us in our pursuits of intellectual growth (thanks to the principal, then Wing Commander Abdul Hannan, to whom I am ever grateful).

That resulted in cadets winning and securing multiple international, national prizes and fully-funded educational scholarships abroad that year more than any previous year and MCC has been doing even better ever since. Even the Olympiad and Debate circles in Bangladesh have been doing wonders in recent years thanks to increased support and investment.

Point is when you invest in your students, they will do wonders, and that’s the norm

I think it is about time we, both students (because peer students can show the same excuse too) and authorities, stopped pointing towards past overachieving students and use the same cliched logic ‘Where there is a will, there is a way’ every time someone tries to advocate for increasing organizational support instead of us actually supporting them. By advocating,

I mean actually trying to bring positive change and just not whining. Because the success of those before us is not and shouldn’t be an excuse to cover up the fact that we are not providing the support and opportunities we can to students who need it. Not just a random thought, been thinking about this for quite a long time now.

If you want to stay updated on everything I write to help professional and personal development, just follow my Facebook posts

I am Seeam Shahid Noor, a Bangladeshi student doing my Bachelor’s in Applied Mathematics at Harvard University. Professionally, I am interested in Business Strategy and Development, especially in tech.

A small tip on managing emotions 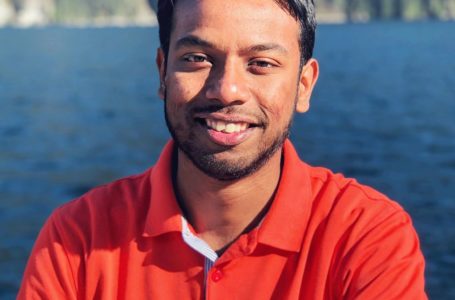 May 14, 2020
The Bangladeshi Perspective 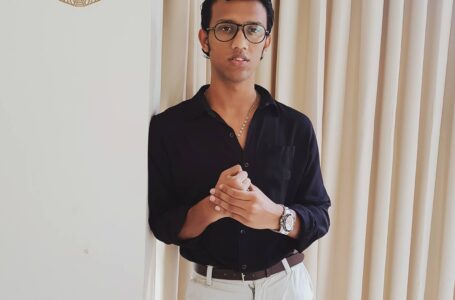 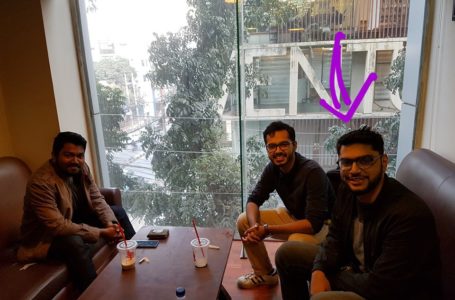 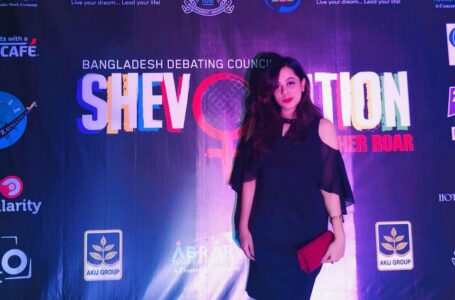 Chat with Syeda Adiba Arif on being an ambitious Business Student 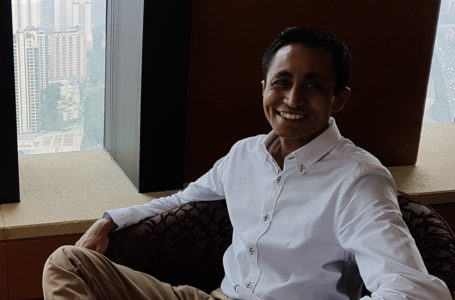